August was a lot like July in that theatre performances were a little sparse. School started, and my job is a mess for the first few weeks of school, so I try not to over schedule us in August. But in the end, there was an extra show that I was not anticipating, so we’ll get to that little surprise in a minute. Let’s get down to talking about it!

August started with our son Aiden finishing a week of Drama Kids theatre camp. For the end of camp show, he performed as Rocky the Space Rock Collector in Martian Mystery. It was a big part with a lot of lines – he’d only had the one week of half-day camp to learn it. He did very well, and his performance got some laughs from the audience too (which he loves – he LOVES being the funny guy). It’s always a joy to see him onstage, enjoying what he’s doing.

On August 8, we had another Hamiltunes Dallas event at the Peticolas Brewery in Dallas. We had lots of new singers join us this time, which always makes things so much fun! I missed the June event because of illness, so it was nice to be among my usual Hamilton nerds, singing through my favorite show again. Here’s a few photos from the night:

On August 9, Jonathan and I went to our final touring show of the 2018-2019 season (good thing the next season starts in November!) – Fiddler on the Roof. This is one of those shows that I’ve always known about and known the songs, but I have somehow never found myself in the audience of a single production. It’s a really touching story and the music is beautiful. The highlight is really the choreography! It’s not a favorite show for me, but the performances were great and it’s definitely worth seeing sometime.

I thought Fiddler was where our theatre adventures would end in August. On August 29, I received the notification that I had won the Hamilton ticket lottery for the next day to see the Philip Tour Company again, this time in Tulsa, Oklahoma. So, on August 30, my friend Lynette and I drove up to Tulsa to see the show – my 10th Hamilton viewing – for the cost of only $10 per ticket. We had great right orchestra seats and the cast had some new actors that have joined since the tour left Dallas a few months ago. We finally got to see Joseph Morales on as Alexander Hamilton; he’s the principle in the role, but he was out of the show all 3 times I saw the show in Dallas. Warren Egypt Franklin joined the cast as the new Lafayette/Jefferson and Neil Haskell joined as King George III (though I’d seen him previously as Charles Lee in the Broadway company). We saw Desmond Ellington in Dallas as both Burr and Washington, but he’s since moved up to be the principle Mulligan/Madison, so it was cool to see him in a third role. We met a lot of people at the stage door for autographs afterwards and I took pictures with the cast members that I hadn’t met previously. Guitar player David Matos gave me a cool Hamilton guitar pick too! The whole experience was totally rad and worth the lack of sleep after arriving back home at 4:30AM.

That’s it for August! Stay tuned for our September theatre adventures – we have a few planned but August has proved that plans can change, for the better!

View all posts by kelliplansitall

Find me on all the things!

Hi, I’m Kelli! I’m a Texan, a wife, a mom, a school counselor, a dancer, a musical theatre fan, a travel-lover, a Disney nerd, and collector of memories. It takes a lot of planning to make all of this work! I’ve been planning it all on Instagram for years, but now I’m sharing my creativity, organization, experiences, fan-girl moments, and more in a broader multi-platform context (and let’s be real, it won’t all be perfect). 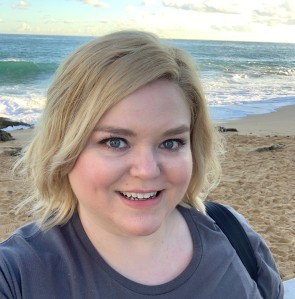 Thanks to Erin Day of Small Town Grace for my logo & related artwork!